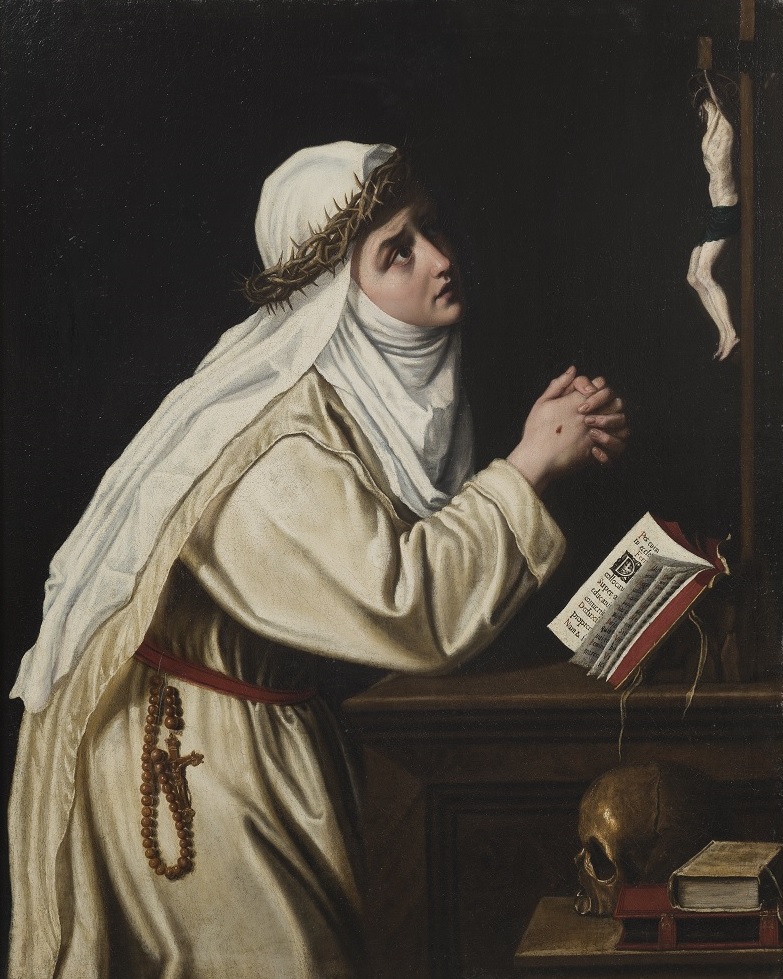 This painting depicts Saint Catherine of Siena praying in front of the Crucifixion. Next to her, there is a skull – a symbol of life transience – and three books. The open book is apparently “The Dialogue of Divine Providence” (Dialogo della Divina Provvidenza), a sacred book that records Catherine’s conversations with God, finished in 1378. Caterina di Jacopo di Benincasa (1347-1380) was born in 1347 in Siena. At the age of 16, she joined the Dominican Order. In 1375, she – just like Saint Francis – received the stigmata. Canonized in 1461, she is considered the Patron of Italy.

This painting is one of the most famous images of the Sienese saint in prayer. It was made at the beginning of the XVIIth century by the Florentine named Cristofano Allori, who reproduces it in a number of versions later, which points to the special iconographic success of the plot. Our painting was made in the second half of the XVIIth century by Cristofano Allori in his workshop in Florence and is characterized by excellent painting technique and exquisite performance. Also, one may notice several insignificant variations compared to the first paintings made by Allori, therefore, it cannot be equated with ordinary copies, which, however, have a huge value and are located in museums such as the Uffizi Gallery.