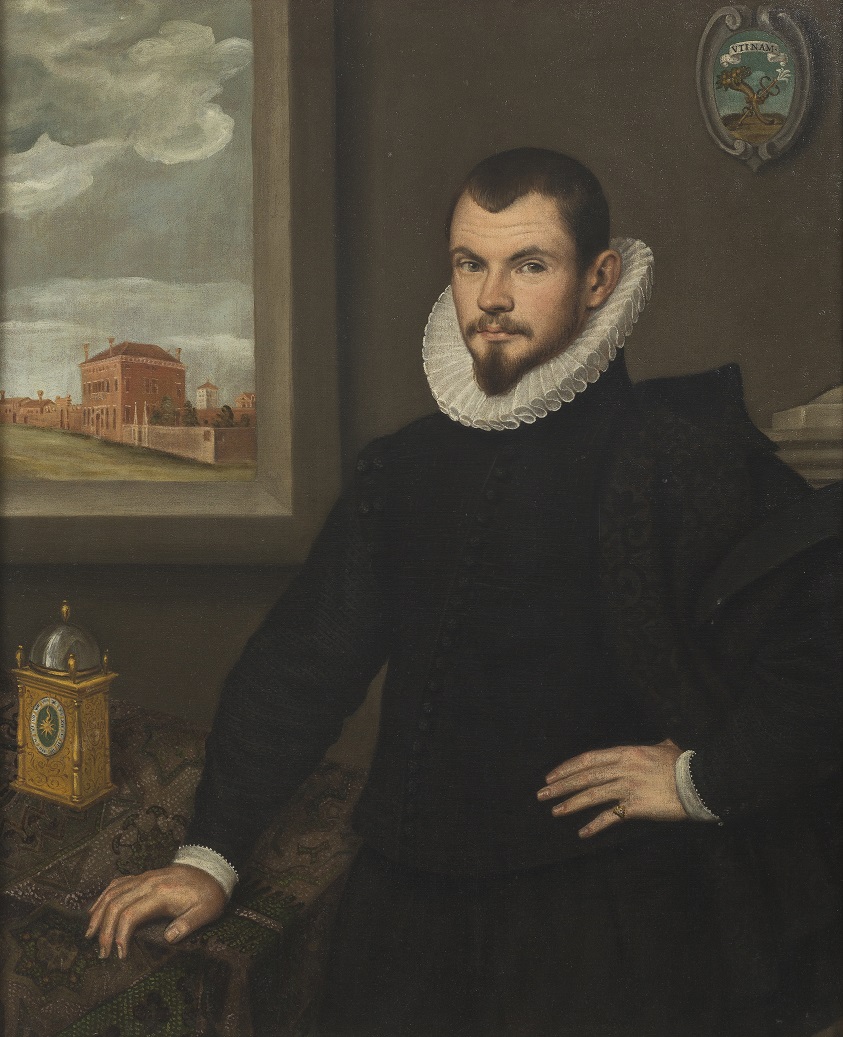 The painting is an image of a young man in a three-quarter turn. He is dressed in the fashion of the end of the XVI – beginning of the XVII century. He is leaning on a table with a tablecloth and a gold desk clock on it. A view of a noble person’s palace is opening from the window. There is an emblem hanging on the wall with “UTINAM” inscription (which means “pleasing to God”) and a lily flower depiction – a symbol of trade and success in commercial and industrial activities.

The painting corresponds to the style of Jacopo Tintoretto’s son – Domenico. He was born in Venice in 1560 and was a member of Saint Mark’s Brotherhood. His father’s works were often confused with his paintings after Jacopo’s death in 1594 – the similarity was conditioned by the orders that were mainly directed to his father. The realization of a noble canvas performed for the Sala del Maggior Consiglio at Palazzo Ducale, Il Paradiso by Domenico Tintoretto is worth mentioning. Until recently it was considered that this painting was made by Jacopo Tintoretto, but now experts believe that it was created completely by Domenico. His works can be found in many Venetian churches from Sant’Andrea della Zirada to San Giorgio Maggiore. Domenico Tintoretto became famous especially because of his portraits.