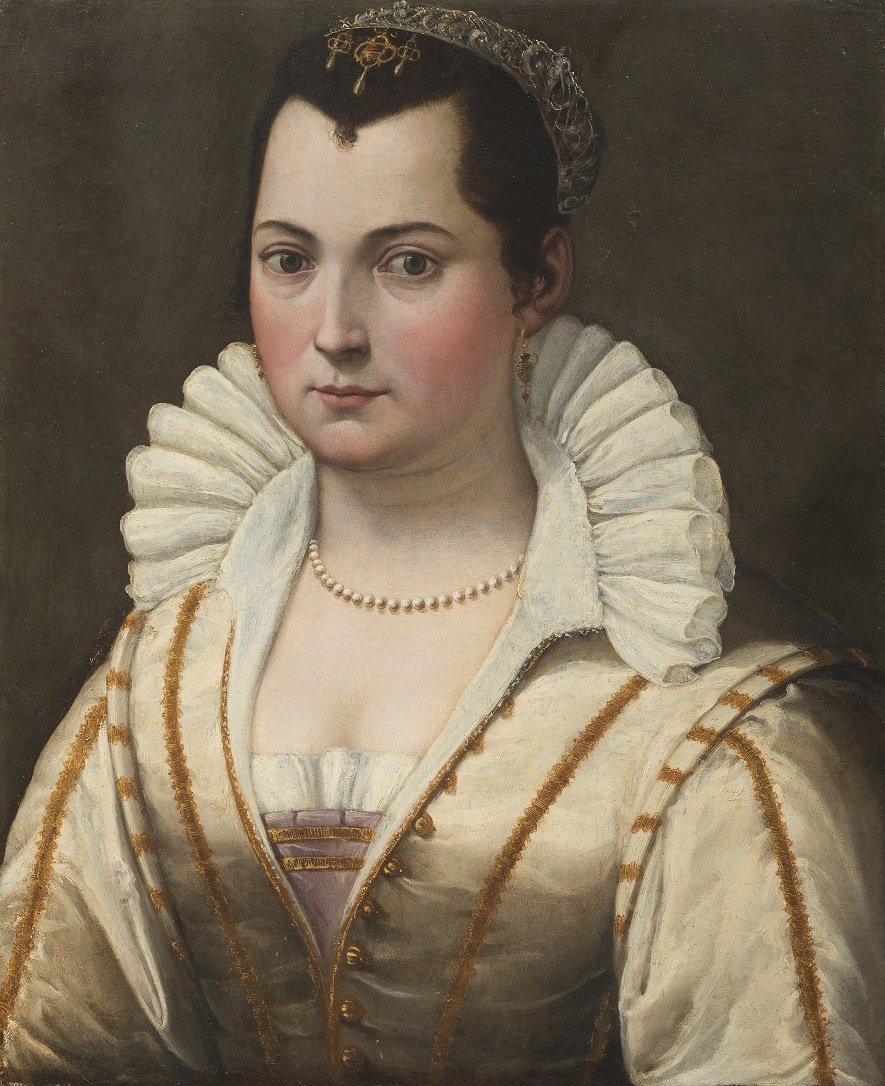 Second half of XVI century

This portrait depicts Camilla Martelli, the second wife of the Grand Duke of Tuscany Cosimo I, before the wedding. Camilla Martelli belonged to one of the most distinguished families of the Florentine aristocracy. The daughter of Antonio Martelli and Fatima Soderini, she was considered one of the most beautiful women in Florence. She became Cosimo’s lover and gave birth to their daughter Virginia de Medici in 1568. Perhaps, the year 1570 is when this portrait was painted as it is the year when Camilla Martelli and Cosimo I got married.

Around that time, the artist named Baccio Lomi (also known as Baccino) was painting the churches Santa Maria del Carmine and San Michele in Pisa. He was the elder brother of Aurelio and Orazio Lomi Gentileschi, as well as the uncle of famous Artemisia Gentileschi. He is the author of this wonderful portrait (despite the fact that the name of Santi di Tito is written on the back of the board in XVIIIth-century ink). His artworks have come to the attention of scientists recently, mostly thanks to the research of Professor Roberto Paolo Ciardi from the University of Pisa and some of the works of Professor Franco Paliaga. The style of this painter was formed under the influence of Agnolo Bronzino and Alessandro Allori, which is clearly visible in his artworks. From the documents, we know that this painter’s character hasn’t been light: between January and February 1566, he was imprisoned for attacking the rector’s student in Pisa with a sword and a dagger.