Portrait of a man with a lemon 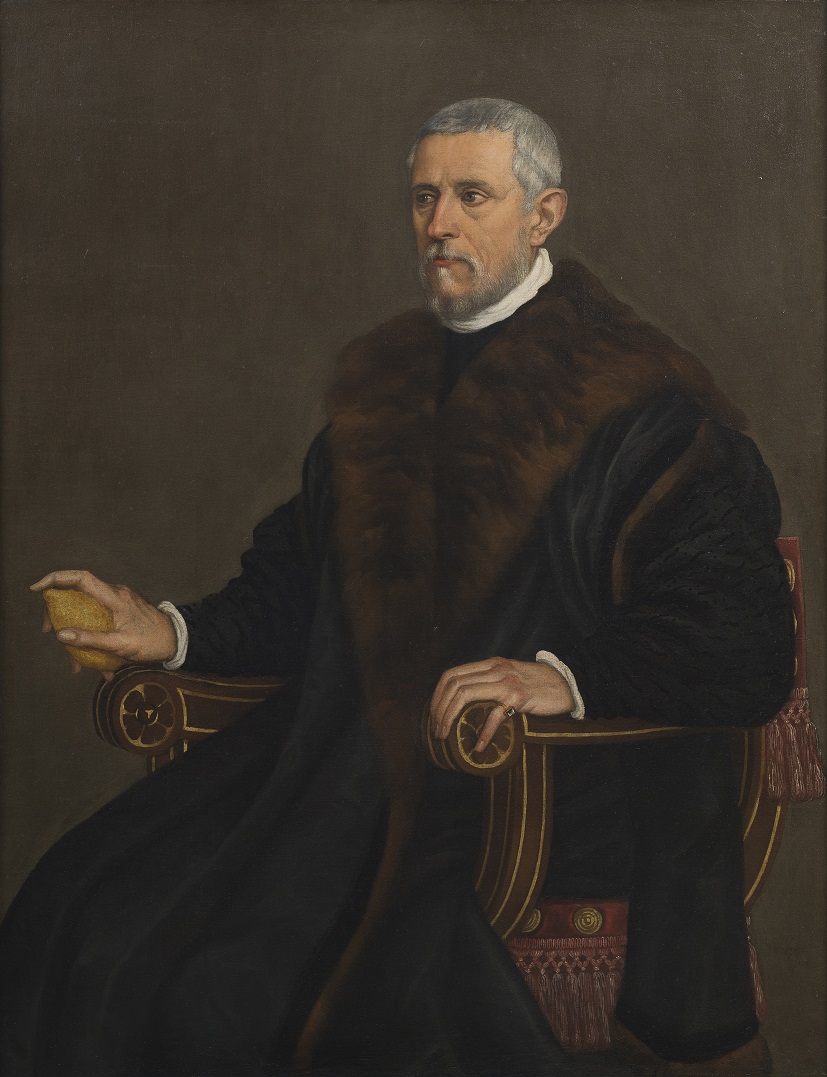 Portrait of a man with a lemon

This portrait, which dates back to the last decade of the XVIth century, depicts a man with remarkably graying hair and beard, who is sitting in a richly decorated armchair and holding a lemon in his right hand. Most likely, it indicates that it belongs to the Venetian School of Fruttaroli (in particular, to the Naranzeri company). It was located near the bell tower of Santa Maria Formosa and united all the merchants selling fruits and vegetables, which were operating mainly in Rialto and San Marco districts. Among them, the Naranzeri company was of special importance. It specialized in selling citrus fruits, which, obviously, had to be imported from far away, from the East. A formal chair and elegant clothes with a large fur lining indicate that the depicted man was wealthy. The importance of the citrus fruit trading is proved by the fact that the warehouse for storing oranges, tangerines and lemons was moved to special rooms under Palazzo dei Camerlenghi since the second half of the XIVth century.

The painting is made by Giovanni Paolo Cavagna, a painter from Bergamo (at that time, this city was in possession of Venice). According to Francesco Maria Tassi, Cavagna left for Venice when he was young and was immediately admitted to Titian’s workshop. At first, he was a student of Titian, then he continued studying with Giovanni Battista Moroni.