Madonna with a Child and John the Baptist 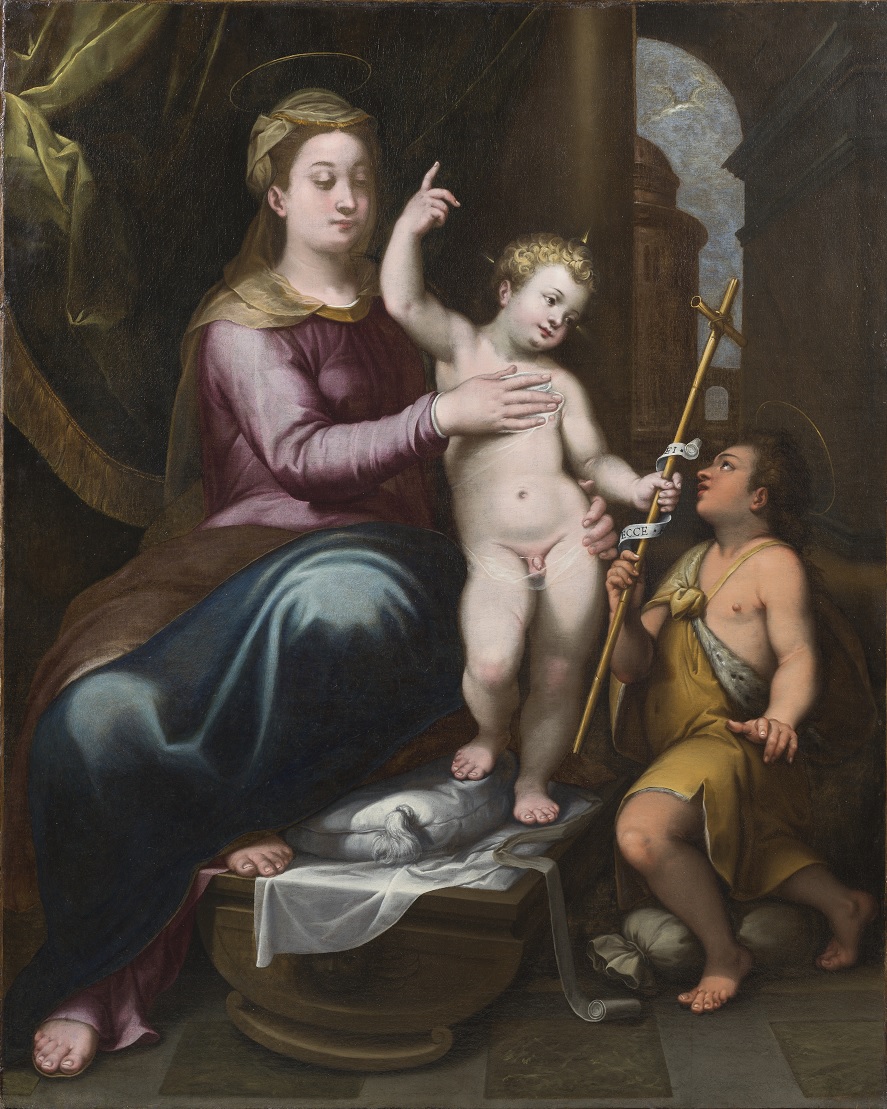 Madonna with a Child and John the Baptist

This painting of Denis Calvaert repeats the work of Lorenzo Sabattini, which was given to Pope Gregory III and now can be seen in the Louvre, but with minor changes. Calvaert worked in Sabatini’s workshop in Bologna and this might be one of his first artworks as an independent artist. He is one of the very few painters that belong to the Italian School (the School of Bologna) but are of Flemish origin at the same time. Because of this, Calvaert got the nickname “il Fiammingo”. Under his influence, the rival School of Carracci was developed in Bologna. He was respected among its members. The evidence says that Ludovico Carracci, one of the representatives of the School, attended the funeral of the painter.